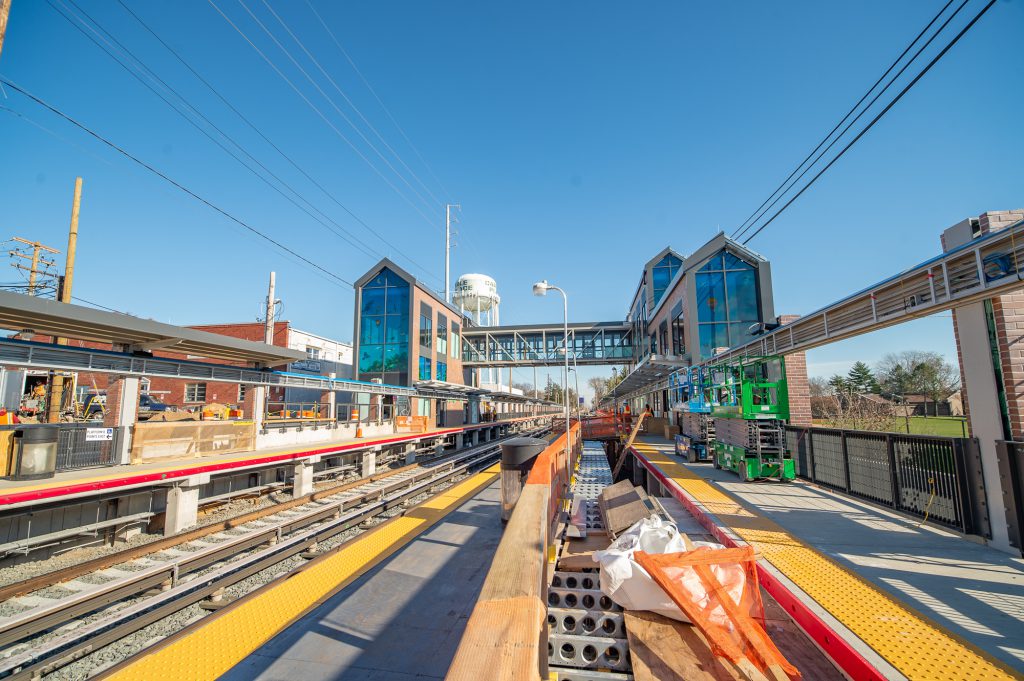 Long Island has long been known as the Cradle of Aviation, a title well-deserved for its rich history and connection to the skies. In 1927, Charles Lindbergh took off from Roosevelt Field for the first-ever transatlantic flight to Paris; Hellcat fighter planes were manufactured on Long Island during World War II and the F-14 Tomcat was built there in the 1970s; the Lunar Module for man’s first decent to the moon’s surface was built on the island; and even Douglas (WrongWay) Corrigan began his famous wrong-way flight to Dublin from Roosevelt Field. 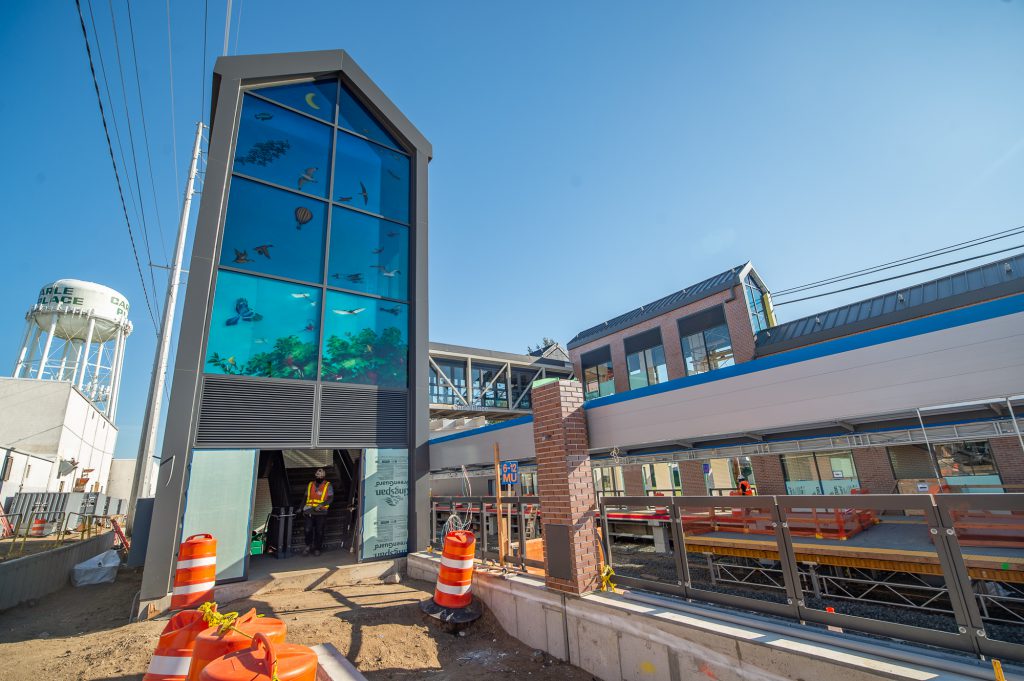 To recognize Long Island’s place in aviation history, Gail Boyajian’s artwork entitled ‘Aviary’ adorns the Carle Place station as its rebuilding nears completion. The glass panels at the station depict various machines and creatures of the sky as a tribute to the island’s many contributions to flight and the birds native to the area. Commissioned by MTA Arts & Design, the artwork consists of 42 glass panels. 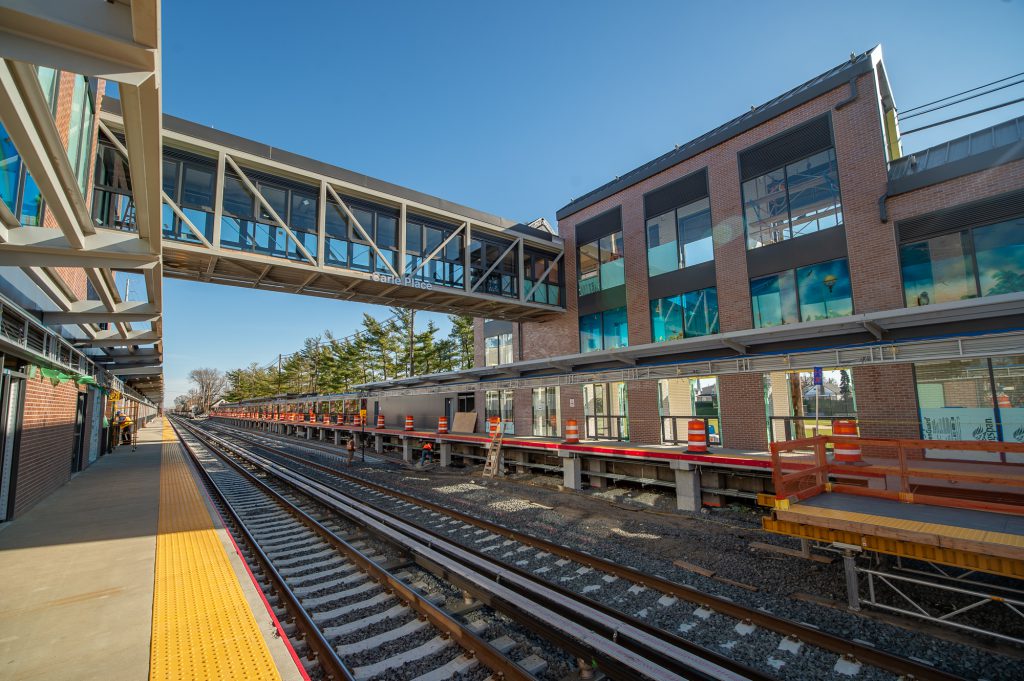 A “kiss-and-ride” on Stonehinge Lane also is under construction. The roundabout will provide an easy way to pick up and drop off LIRR passengers.

Carle Place will be the first station to be finished as part of the LIRR Expansion Project and will be completed in early 2021.