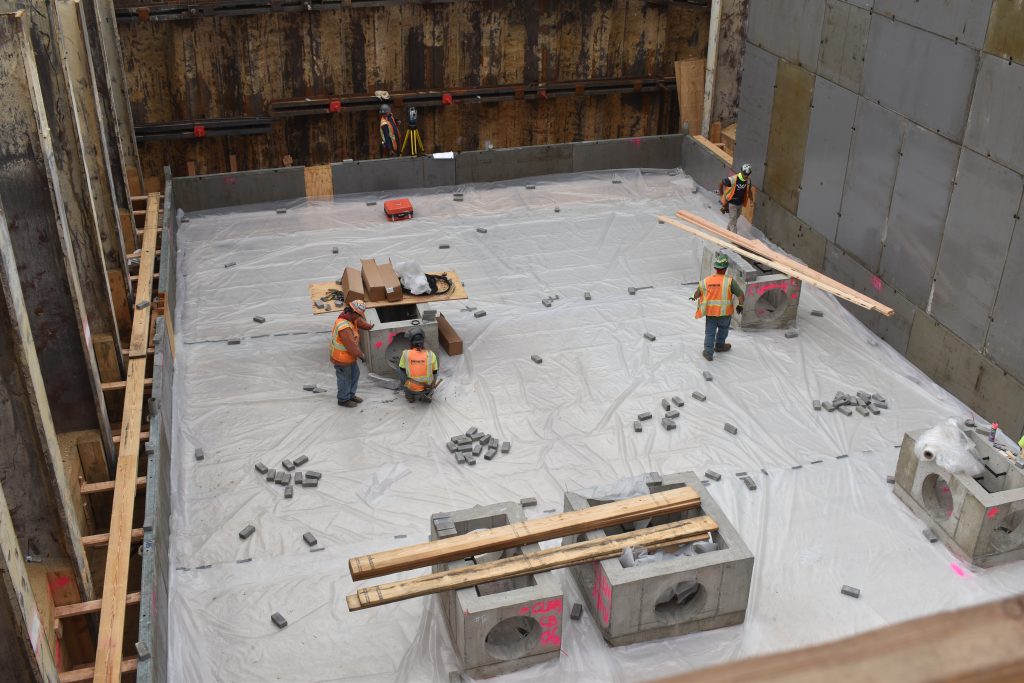 Coming off a highly successful weekend bridge replacement at Glen Cove Road, MTA C&D, LIRR and 3rd Track Constructors (3TC) began heavy construction at School Street to eliminate the grade crossing there. The crossing – located on the Main Line at the Westbury/New Cassel border –is the fourth of eight grade crossing eliminations completed or under construction that are part of the LIRR Expansion Project from Floral Park to Hicksville. 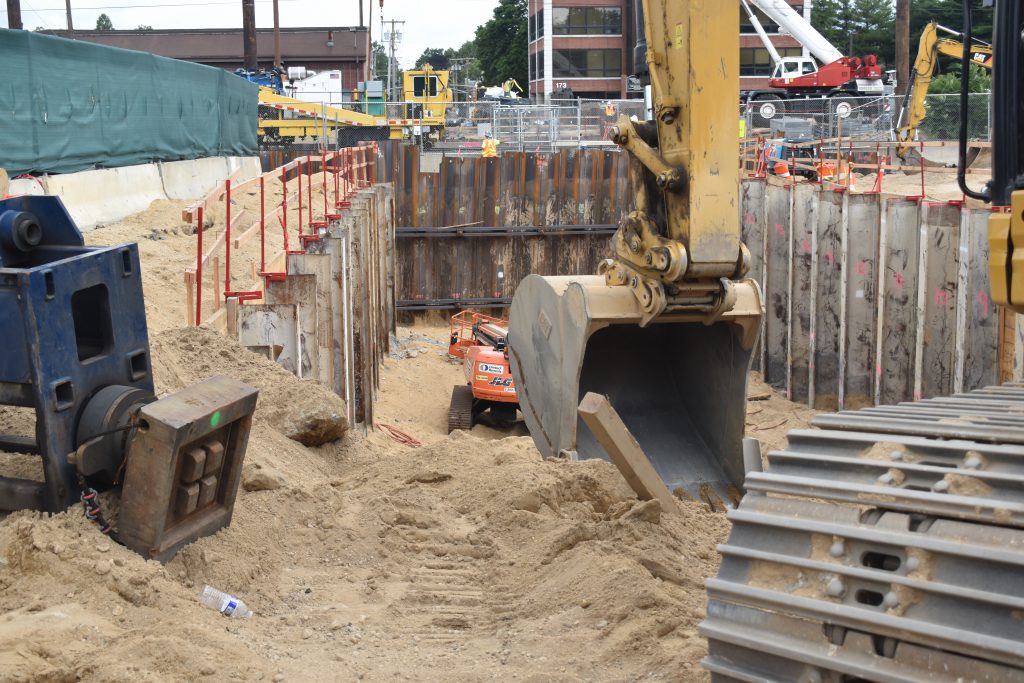 Eliminating grade crossings enhance safety, reduce noise and air pollution and minimize traffic backups, as vehicles will no longer need to wait at lowered crossing gates as trains pass, which can be as much as 35 percent of the time during rush hours. 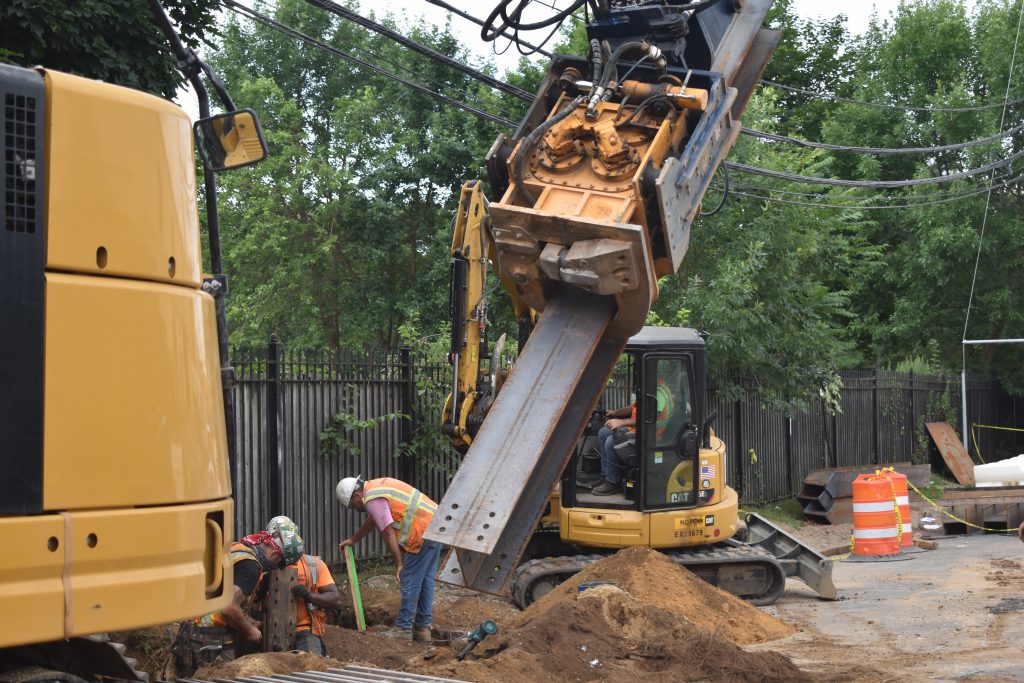 A concrete U-structure for the underpass and the steel bridge that will carry the LIRR’s Main Line over School Street is being constructed on site. During a weekend-long closure of the Main Line on September 12th and 13th, 3TC crews will remove the tracks and remaining soil, followed by pushing the roadway underpass U-structure with the railroad bridge on top of it into place with a series of hydraulic jacks. LIRR crews will then install the rail, electric power, communications and signals in time for peak service to resume on the morning of September 14.

School Street closed to both vehicular and pedestrian traffic for six months beginning in May. Information on the detour routes can be found below. The roadway is scheduled to be reopened in November with two traffic lanes and a pedestrian walkway on the east side. 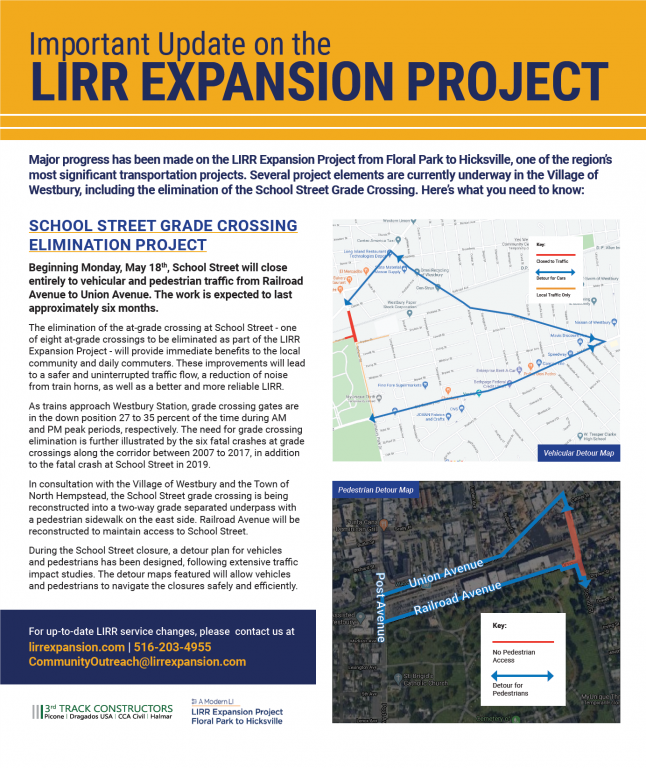