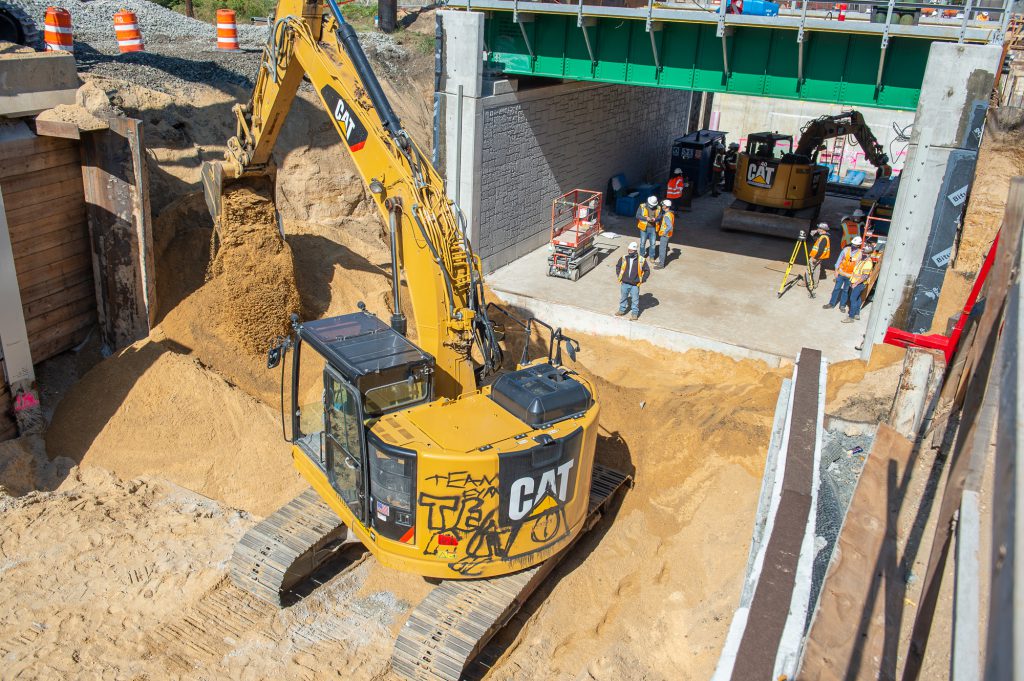 MTA Construction & Development this past weekend successfully installed a new 1,315-ton bridge that will carry the Long Island Rail Road Main Line over School Street in Westbury and New Cassel. The former grade crossing is being reconstructed into a two-way grade separated underpass with a pedestrian sidewalk on the east side. 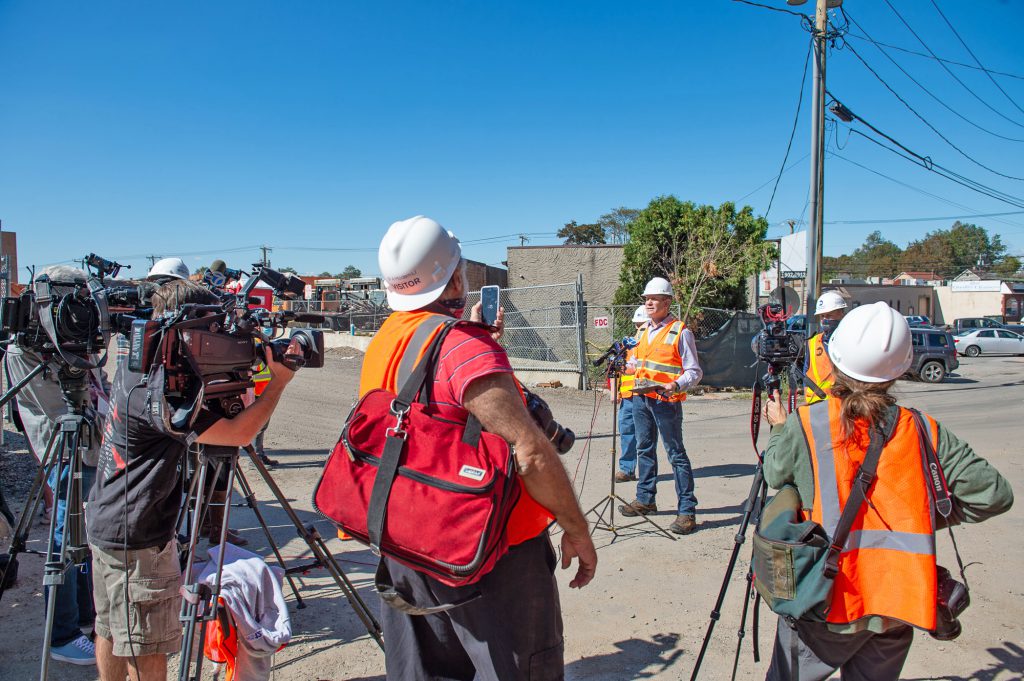 MTA C&D President Janno Lieber explains to the press how construction of the School Street undergrade crossing is being accomplished in less than six months.

The School Street railroad crossing was the site of a tragic collision on Feb. 26, 2019, in which the three occupants of an automobile lost their lives after driving around a downed crossing gate.

To enable this work, the School Street railroad crossing was closed to vehicular traffic and pedestrians on May 18. Over the past several months, crews installed soldier piles, excavated soil to depress the roadway under the tracks, and built the new railroad bridge and tunnel structure on the north side of the tracks in preparation for this weekend’s installation. 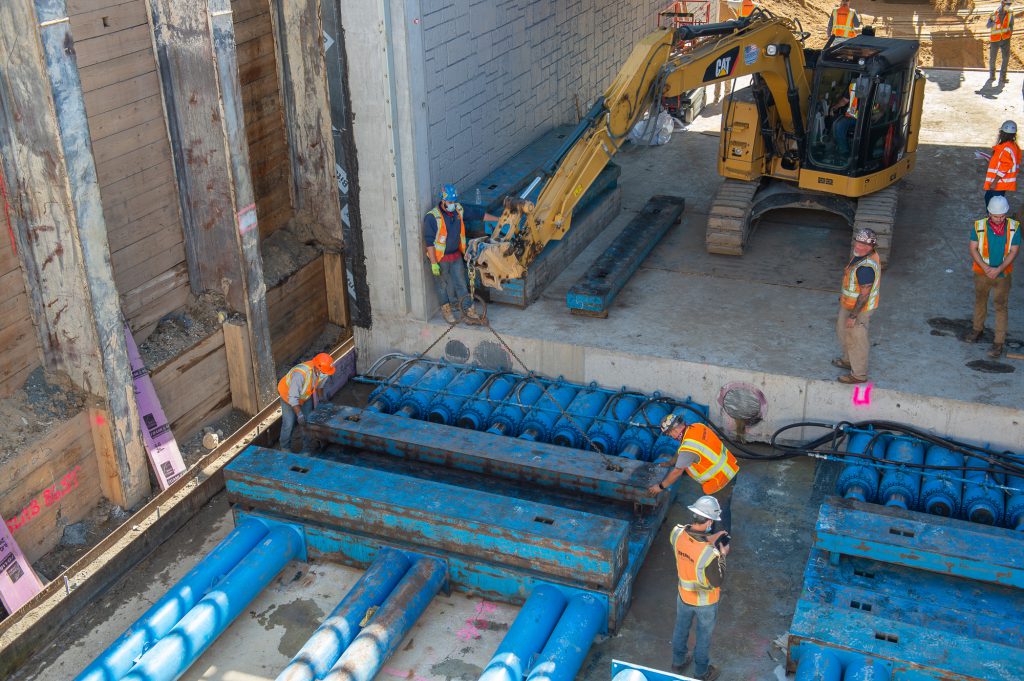 This past weekend, more than 600 workers “blitzed” the project with more than 34 construction activities across the 10-project corridor. At the School Street grade crossing site, crews removed the tracks at the site and soil beneath them, followed by pushing the bridge approximately 60 feet into place with a series of 12 hydraulic jacks that moved the bridge approximately 20 inches with each push. Once the structure was in place, LIRR workers re-installed the tracks over the bridge and related support systems including third rail, signals and communications conduits to allow for the LIRR’s Main Line to be ready for service for the morning rush hour on October 5th.

The new bridge’s structure also includes the 40-foot section of roadway directly underneath it, creating a box-like structure. Simultaneously installing both the railroad bridge and the roadway segment beneath it is a novel engineering procedure that reduces construction time and cost.

Crews will spend the coming weeks building the roadway underneath the newly installed railroad bridge to allow it to open to vehicles and pedestrians this year.

The new bridge has three bays – two for the existing two Main Line tracks and a third that will accommodate the third track when it is built as one of the final phases of the Main Line Expansion project. 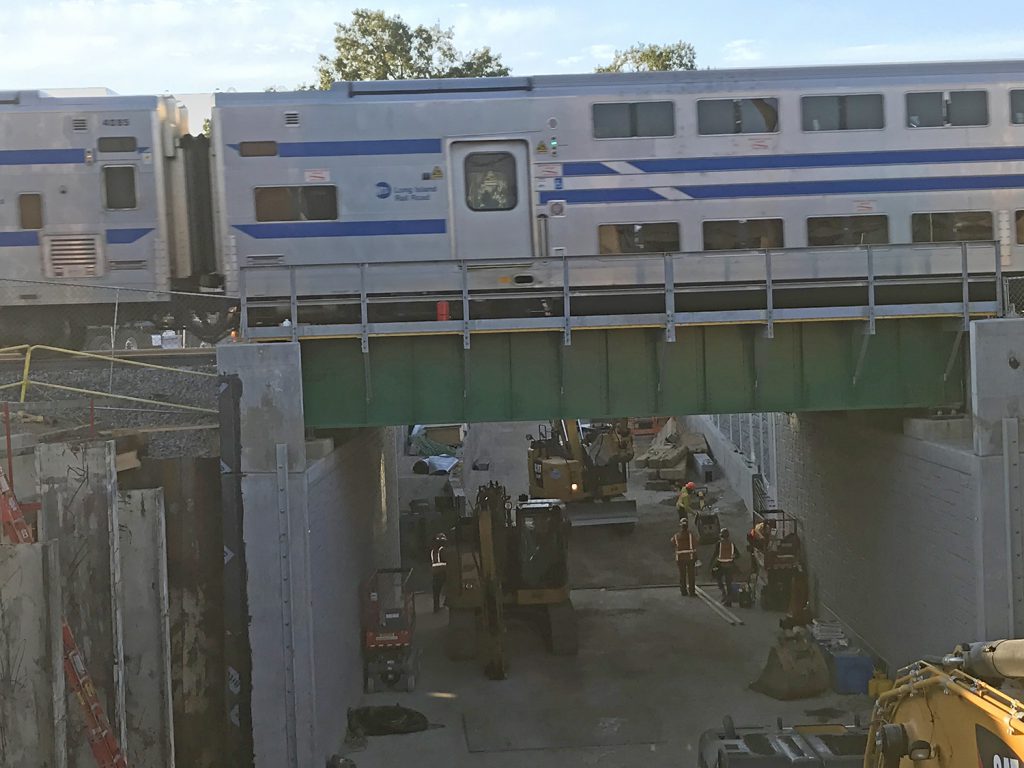 Reconstruction of the roadway is on pace to be completed this year, just six months after it was closed. Construction is being handled in a way to minimize the impact on daily routines, with extensive mitigation and public outreach efforts to local communities.