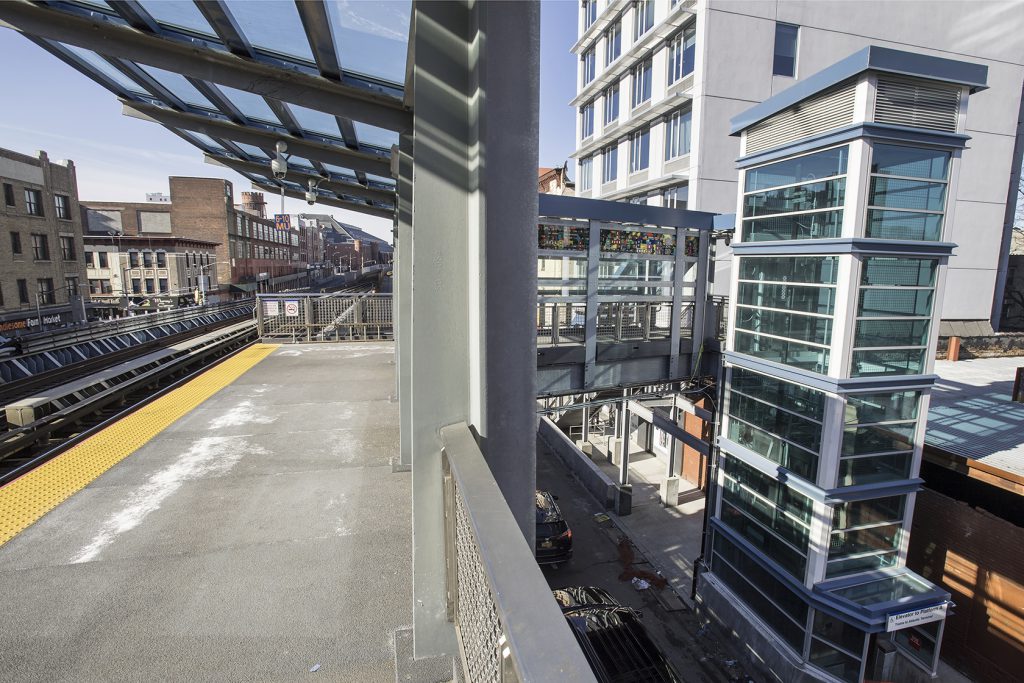 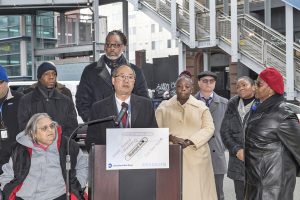 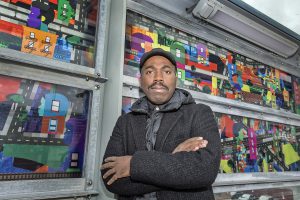 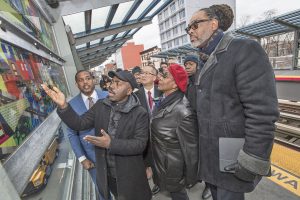 The station, on Nostrand and Atlantic avenues, was built in 1977 and serves approximately 1,217 weekday riders. Construction on the project began in 2017 and cost $28.1 million.

“The LIRR knows the need to make our system fully accessible, and Nostrand Avenue is the latest example of how we’re getting it done,” said LIRR President Phillip Eng. “The two new ADA-accessible elevators will not only help customers with disabilities, but also moms with strollers and others with mobility challenges. The new digital information boards and tactile warning strips are another way we are providing our customers with the amenities they need and deserve.”

The new elevators are located each on the eastbound and westbound platforms which also have new, yellow tactile warning strips that promote platform safety. There are also four new staircases, two at each platform. Both platforms are constructed of Fiber-Reinforced Polymer (FRP) which is lighter than concrete and more resistant to salt, making it less susceptible to degradation from the effects of the weather.

Out of the Railroad’s 124 stations – 85%, or 106 stations, are accessible, including Nostrand Avenue. There will soon be two more accessible stations as elevators are currently being installed at Murray Hill and Floral Park Stations.

Technological advances at the station include digital information displays which enable the LIRR to target messages concerning Nostrand Avenue Station and to communicate with passengers about train departures and connections for travel. MTA Help Points have also been installed to put customers in touch with LIRR personnel via an interactive communications device.

The Local Artwork: ‘Around the Way’

MTA Arts & Design commissioned multidisciplinary artist Derrick Adams, whose studio is just blocks from the station, to create Around the Way. The laminated glass artwork consists of 85 panels that span the length of the newly rehabilitated platforms and extend on to the four new pedestrian bridges. Around the Way emphasizes the symbiotic relationship between neighborhood residents and their built environment. Recognizable street configurations include the train winding through the scene. Trees dot the sidewalks and street corners of this city-scape and, unexpectedly, sprout from the palms of the figures, symbolizing the importance of nature in the city and its cycles of growth, renewal, and sustainability.

“As a longtime resident, I was inspired to create this work as a response to the vibrant cultural surroundings and diverse population which I see in motion on a daily basis,” said Mr. Adams. “The figures fuse with architecture and nature as a representation of the progressive impact left by generations of growth. These hybrid structures represent the many important components which reside together to form a thriving community.”

“I am so excited to see this project come to fruition to bring greater service to my constituents. Improving access to public transportation is extremely important in areas of my district like Bedford Stuyvesant that are not serviced by many subway lines. I look forward to continuing to work with the MTA to make sure that we have a public transit system that serves the needs of all New Yorkers,” said New York State Senator Velmanette Montgomery.

“Our community is pleased to celebrate the completion of the improvements made by the MTA to the Nostrand Avenue LIRR station. These improvements provide long awaited ADA accessibility and safety features that will increase ridership and support community development. I would like to extend my gratitude the MTA for their efforts in this process,” said New York State Assembly Member, Tremaine Wright.

“As New York continues to make progress in becoming a more inclusive City, we must be investing in making public services more accessible. I commend the MTA, New York State, and all players involved in improving the LIRR Nostrand Avenue Station – something that will greatly benefit my constituents and district” said Council Member Robert E. Cornegy, Jr.

“Ensuring that our transit system is accessible to people with disabilities improves the experience for all,” said New York City Mayor’s Office for People with Disabilities (MOPD) Commissioner Victor Calise. “We applaud the LIRR for their commitments to accessibility improvements at the Nostrand Avenue station and throughout the entire system. As part of the ADA Taskforce, MOPD will continue to work with the LIRR to enhance mass transit accessibility for all New Yorkers and visitors with disabilities.”

“An investment in stations is an investment in riders, and we’re pleased to see these important improvements at Nostrand Avenue. New elevators, canopies, tactile striping and art should make this station more attractive to the more than twelve hundred daily riders – and hopefully attract more. The Long Island Rail Road Commuter Council looks forward to continuing to work with the Rail Road to improve the ride across the system,” said Mark Epstein, Chair of the Long Island Rail Road Commuter Council.

“The opening of this newly renovated station is a reason to celebrate in the Bed-Stuy Business Improvement District. We have long awaited the reopening of this vital mode of transportation into the area. We see it as a vehicle for making it easier for people outside of Bed-Stuy to become part of this community that everyone wants to be a part of. I foresee a tremendous increase in foot traffic and shopping as a direct result,” said Medina Sadiq, Executive Director of the Bed-Stuy Gateway BID.

The rehabilitated Nostrand Avenue Station is part of a broader effort to modernize LIRR rail stations and contribute to the economic development of the region. More information about the station renewal project is available at AModernLI.com, at this link.