During a Main Line service outage on the weekend of September 19-20, MTA Construction & Development installed the steel girders over the Meadowbrook Parkway that will carry the LIRR’s third track. It is the seventh bridge to be expanded or replaced as part of the LIRR Expansion Project, including the Linden Avenue pedestrian underpass. 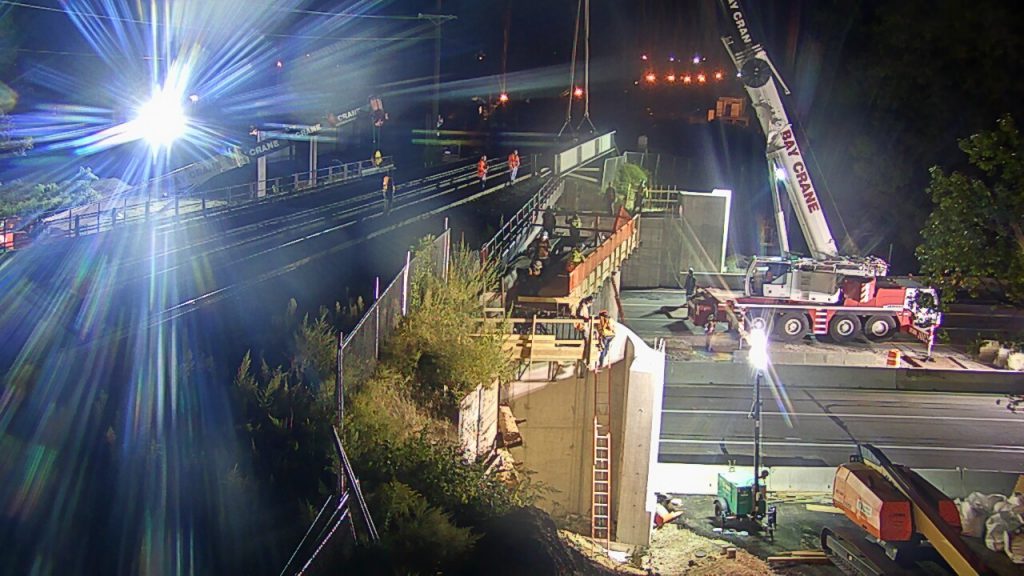 Construction on the bridge began in March 2020 with the installation of Support of Excavation for abutments, followed by excavation for and reconstruction of the abutments in June. The bridge has been in service since 1956 and will maintain its current 13’ 2” clearance, since commercial traffic such as tall trucks are not permitted on the parkway. Other bridges, including Cherry Lane and Glen Cove Road in Carle Place and Nassau Blvd. in Garden City were constructed with a 14-foot clearance.

Once the Meadowbrook Parkway bridge expansion is completed later this year, only the Tanners Pond Road/Denton Avenue bridge remains to be replaced and is scheduled for construction and completion next year. 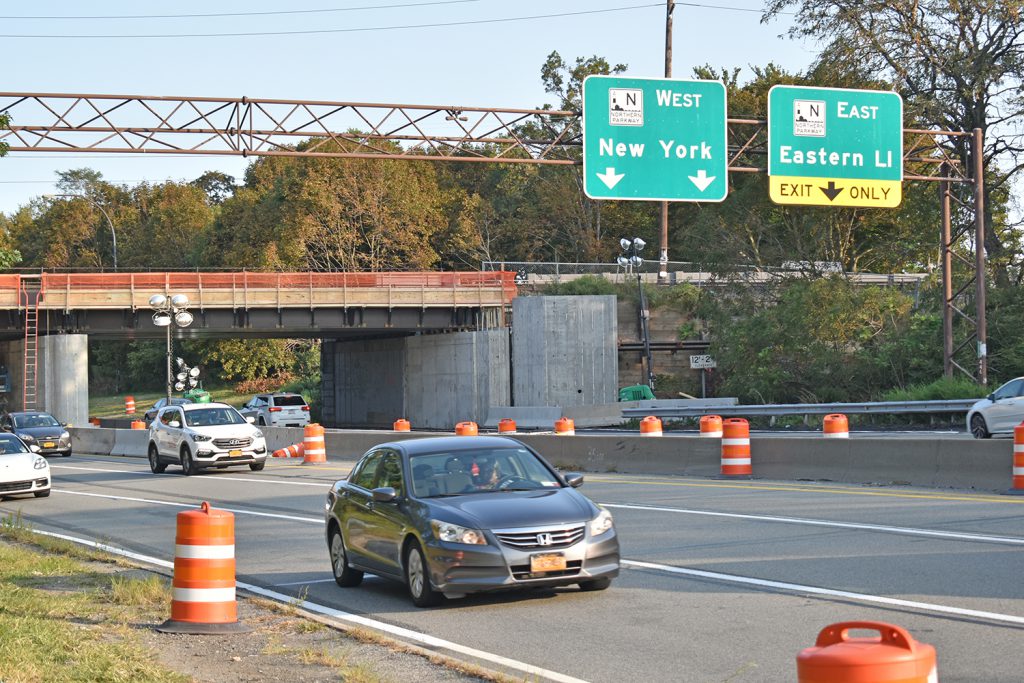 Other components of the LIRR Expansion project include elimination of eight under grade crossings, rebuilt stations, new switches, substations and new track over a 10-mile long corridor between Floral Park and Hicksville. The project will reduce train congestion and delays, enable true bi-directional service during peak hours, enhance safety and improve the quality of life for communities along the corridor.