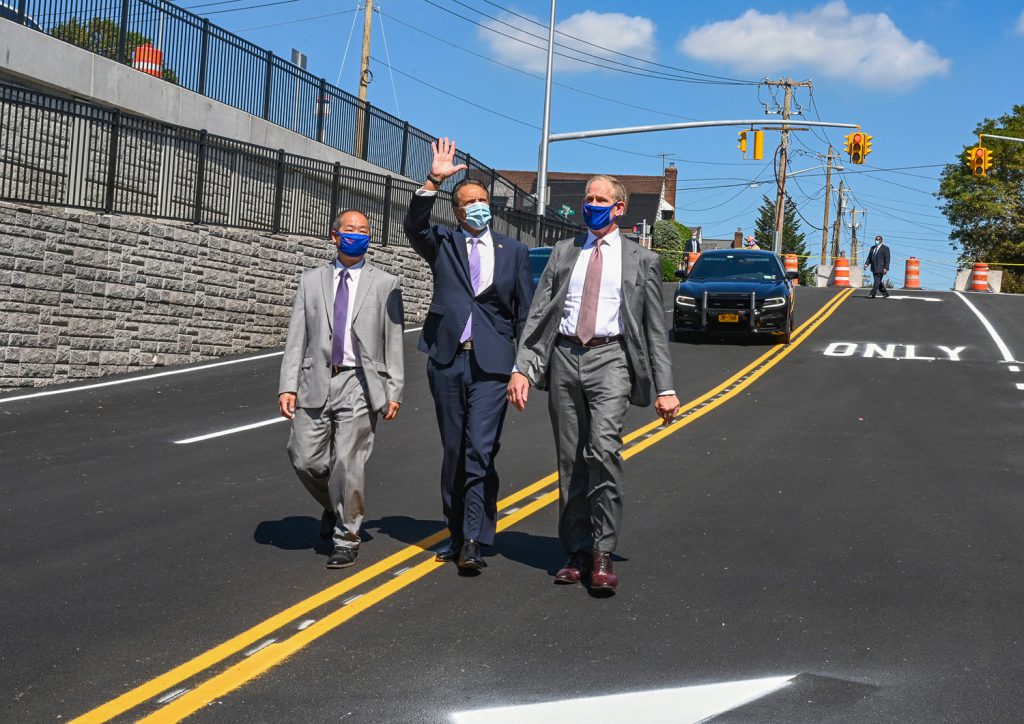 In yet another milestone to improve the quality of life along the LIRR Main Line, Governor Andrew M. Cuomo, MTA Construction & Development President Janno Lieber and LIRR President Phil Eng opened the third undergrade crossing as part of the LIRR Expansion Project from Floral Park to Hicksville. New Hyde Park Mayor Lawrence Montreuil and Garden City Mayor Theresa Trouve joined Lieber and Eng later in the day to take the first ride through the underpass.
The new underpass, which separates vehicular and pedestrian traffic from the busy Main Line tracks at New Hyde Park Road, provides numerous benefits for the community and commuters. Vehicles will no longer need to wait at down crossing gates for trains to pass, which is as much as 40-percent of the time during rush hours. Some 1,500 vehicles traversed the grade crossing during peak hours on an average weekday. This will significantly reduce traffic backups and resulting vehicle exhaust. Additionally, trains will no longer need to sound their horns and crossing gate bells have been eliminated, a welcome improvement for the surrounding community. Most importantly, the undergrade crossing eliminates the possibility of train and vehicle collisions. 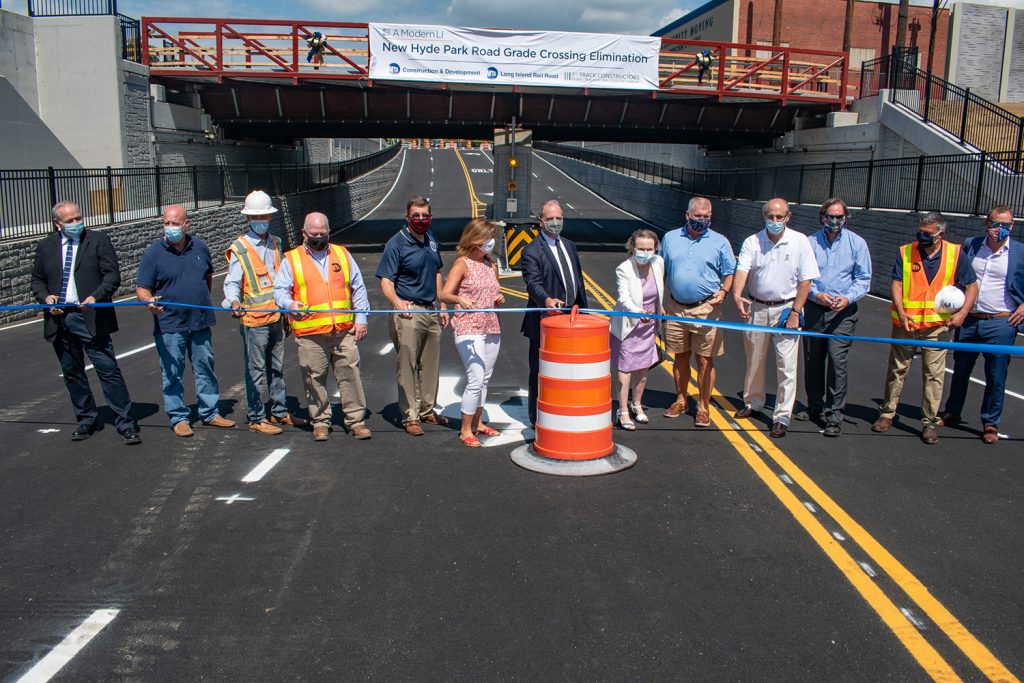 The undergrade crossing consists of two lanes in each direction and turning lanes southbound onto Clinch Avenue and northbound onto Plaza Avenue, which is another big safety improvement at the intersections. Pedestrian underpasses were constructed on both the east and west sides of the tunnel. It also has a fully accessible pedestrian overpass along the south side of the tracks that will connect Garden City commuters with the New Hyde Park LIRR Station, which is being completely rebuilt as part of the LIRR Expansion Project. 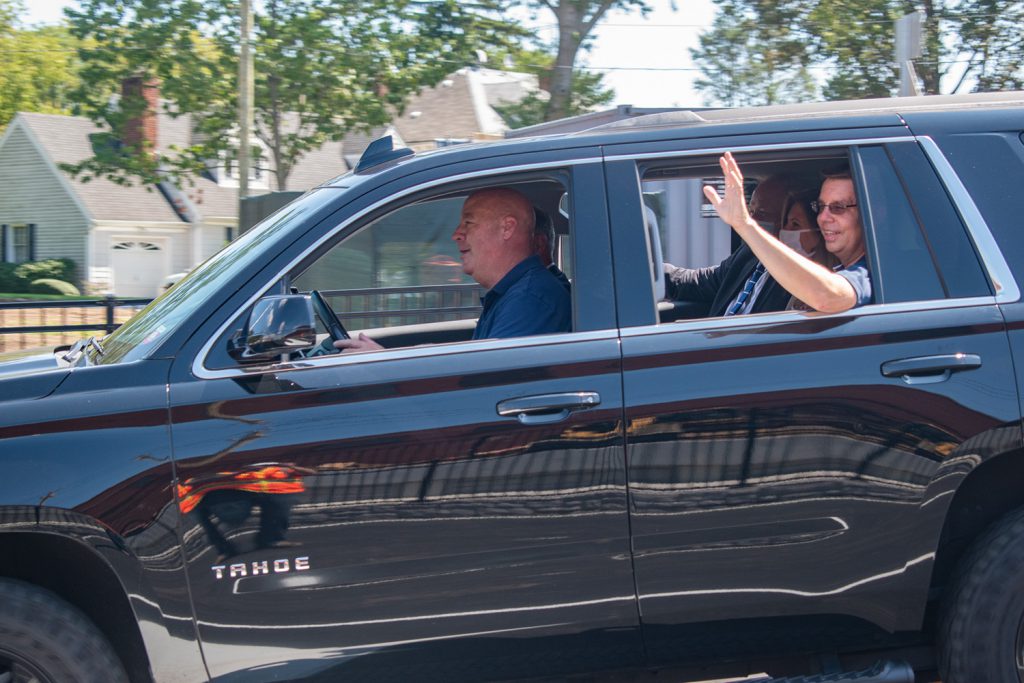 The grade crossing was closed in February and over the past several months, crews installed soldier piles, excavated for the undergrade roadway and constructed the new 3,350-ton train bridge and tunnel structure on the south side of the tracks. 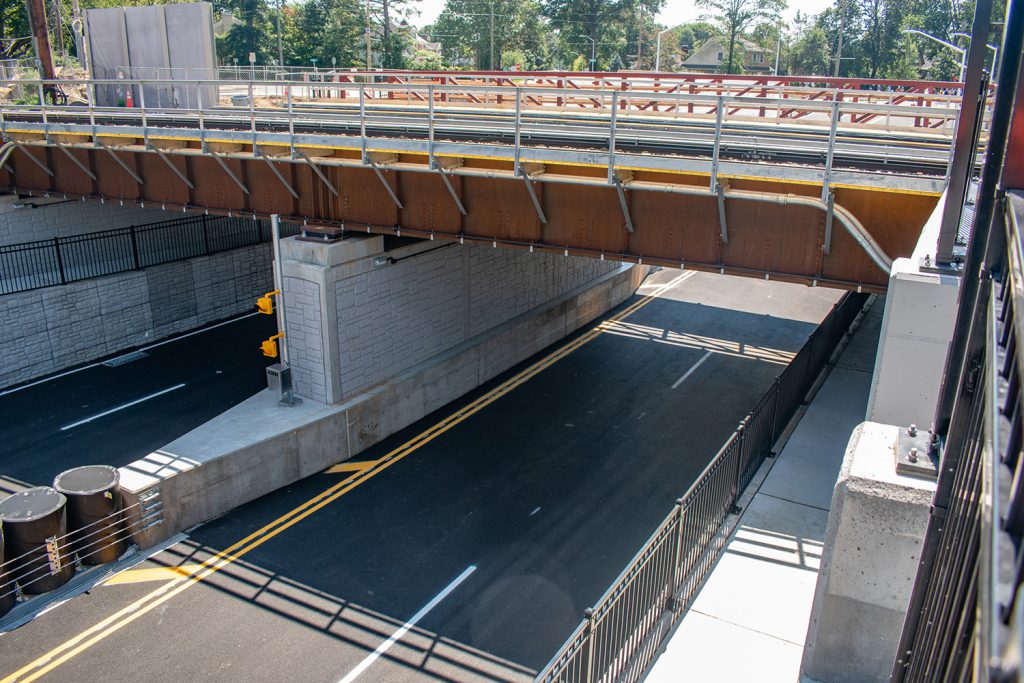 Photo of the underpass taken from above on Second Avenue 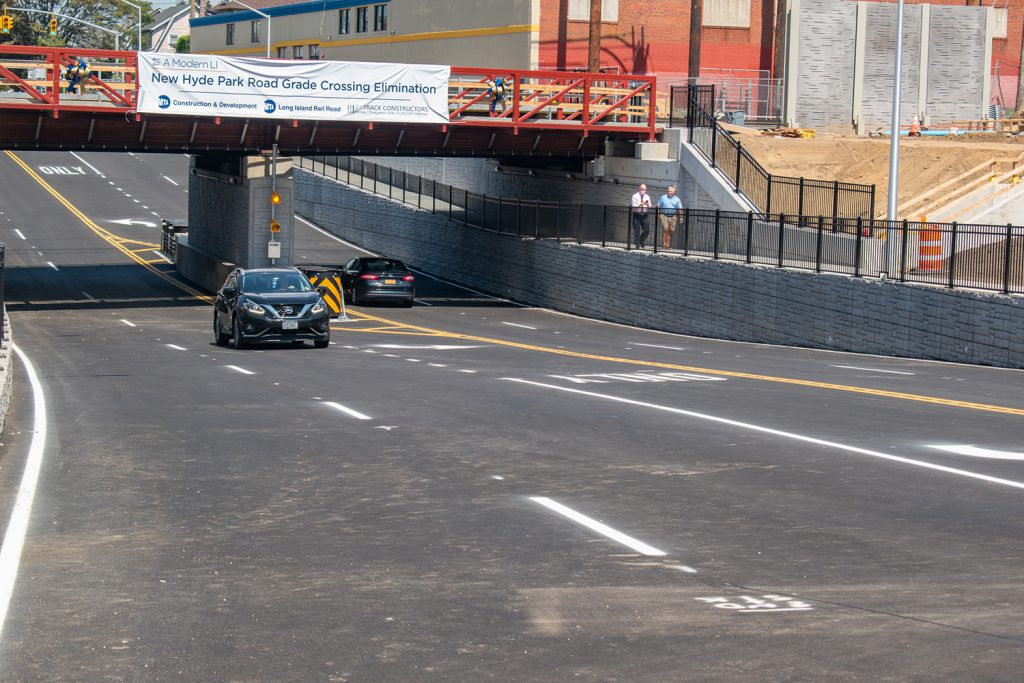 The LIRR Expansion Project from Floral Park to Hicksville is on budget and on schedule for completion by the end of 2022.